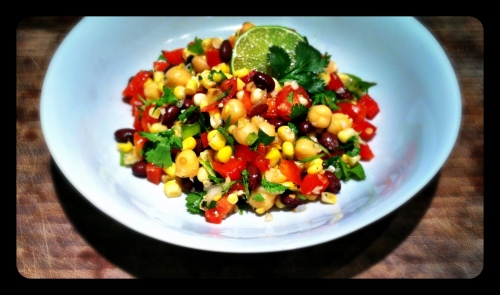 Continuing our countdown to Cinco de Mayo, here’s an easy and delicious vegetable  bean salad. It’s finished with yesterday’s Cumin Lime Dressing, which contributes a bright flavor to underscore the freshness of this dish.

I brought a bowl of this to an alumnae potluck last weekend, and waited until the last minute to toss in the cilantro so the green would stay vibrant. A beautiful addition to any table, this can be served as-is for a side dish, over spinach as an entrée salad, or as part of a taco salad with Vegan Taco Meat. 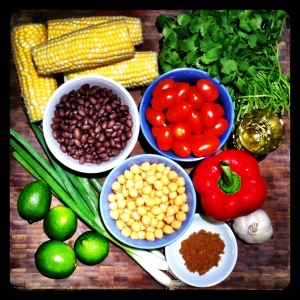